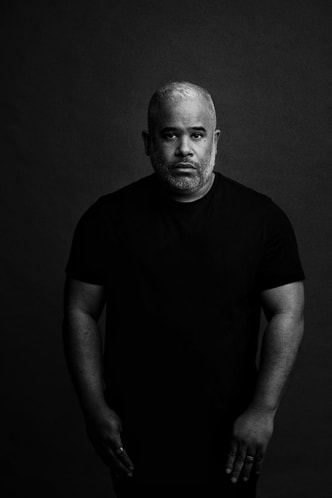 ​Marcus Jansen was born 1968 in Manhattan, New York City and first resided with his family in the Bronx and Queens where he started school and painted a lion at age six that was selected to be exhibited at the Lever House in Manhattan which became Jansen's first public exhibition. His family later moved to Moenchengladbach Germany, where he received a German education and grew up bilingual.

Jansen’s unique artistic vocabulary was discovered by the former Museum Director of the American Vanguard Exhibitions Europe 1961, Jerome A. Donson; who wrote about Jansen’s work as being "reminiscent of the Ash-Can School,” and named him the “innovator of modern expressionism.”.

While showing in Munich, the home of the German Expressionists painters’ movement, Jansen, was noted as “one of the most important American painters of his generation” by the only two-time Documenta Kassel Curator and German Art Historian, Prof. Dr. Manfred Schneckenburger.

Inspired by the rebellious art form of graffiti from his native Bronx and Manhattan in the early 1970’s and later again in the early 1980’s on his return visits when he met some of the cities second-generation graffiti art pioneers, the movement became a catalyst for Jansen in the 1990’s, advancing a new generation into socially charged urban landscape paintings.

Jansen was influenced by the two very different worlds he grew up in and it’s this contrast that helped mold him into one of a handful of international leading combatants of the avant-garde. His paintings are often situated between contemporary and street or graffiti art elements that explore and document the human condition critically, socially and politically.

His documentary film is titled, “Marcus Jansen Examine and Report” filmed by Emmy award-winning filmmaker John Scoular chronicles his humble beginnings in 1999 selling his art on street corners between Prince Street and Broadway in New York City as part of a group of artists referred to as “prince street kings.”